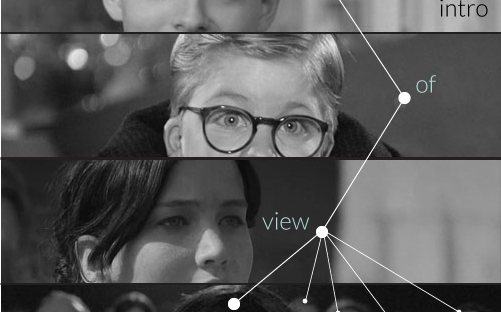 From Writing Fiction: A Guide to Narrative Craft by Janet Burroway:

“[Point of view] ultimately concerns the relationship among writer, characters, and reader. Who speaks? To whom? In what form? At what distance from the action?”

Today is my first in a short series on Point of View. First, an introduction to terms. Next, a comparison of the different choices of narration. Then, examples of each type. As always, feel free to ask any questions in the comments!

First- and third-person narratives can be divided further. Note, the following terms for categories have been borrowed from Janet Burroway’s Writing Fiction: A Guide to Narrative Craft. I recommend picking up a copy of the book for a reference if you want to know more than what I’ll be posting in the next week. The following information is a summary of her sections of point of view, mixed with other knowledge I’ve picked up over time.

There are two types of first person:

There are three types of third person narration: omniscient, limited omniscient, and objective or cinematic narration.

An omniscient narrator is not limited by time, place, or person. It can jump into the minds of any person, can sum up the history of 500 years in a few lines, and can change from place to place. Because the omniscient narrator is attached to no single person in particular, it is detached from everyone. Think of a person with few friends but hundreds of acquaintances. Or a politician, because omniscient narrators also call attention to themselves.

A limited omniscient narrator can see into the mind of just one character at a time. It may switch to a different character in a new scene or chapter, but it sticks to one person. Think of a parrot sitting on the shoulder of a pirate. It sees what that pirate sees, and the pirate might speak his thoughts aloud to the parrot, for no one else to hear. The parrot can then land on somebody else’s shoulder and have a similar relationship. This parrot may or may not share the views of the pirate, and might speak differently. Likewise the narrator’s voice can be separate from the POV character. (I’ll get more into limited omniscient narration and its subcategories in the next post).

An objective or cinematic narrator is neutral and never sees into anyone’s mind. Think of a fly on a wall, observing what is going on. Or a Vulcan journalist, that has no emotional connection to any of the characters in order to have a bias. Feelings and motivations of the characters can only be gleaned from their actions and dialogue.

It’s difficult to use movies as examples for the presentational/representational dichotomy, because like theatre, nearly all movies are presentational, whether they have a narrator or not. They might have some similarities to real life, if they are a mockumentary or are first-person filmed (like Cloverfield or The Blair Witch Project). But movies are generally unrealistic in form, which is why adding in representational elements like shaky-cam or lens flares can sometimes seem awkward and out of place. It’s presentation masquerading as representation.

But Card distinguishes between light penetration and deep penetration when talking about Third Person limited omniscience. If you’ve ever taken a writing class or read about strengthening your fiction, you’ve probably heard of filtering. (Actually, I thought I’d written a post about it, but not yet, apparently.) If you’re using filtering language, then the reader is experiencing the character experiencing something.

If you read, “Abraham Lincoln saw snowflakes out the window,” you’re probably picturing a window with snowflakes falling down, the view slightly obstructed by the president’s trademark stovepipe hat. But if you read, “Abraham Lincoln went to the window. Snowflakes were falling and sticking to the glass,” you see Mr. President going to the window, and then you see what he is seeing, for yourself. The first example was light penetration. The second was deep penetration.

But you can eliminate all filtering and still have light penetration. Light penetration just means you aren’t inside the brain of a character all the time. The narrator shows up and gives you a bit of a break. With deep penetration, every thought is that of the protagonist. It’s like you’ve switched to first person, but the pronouns are still third person. Save deep penetration for intense scenes—remove the narrator and replace it with the unfiltered thoughts of the protagonist. When the scene is over, then you can bring the narrator in again. (I’ll illustrate this more in Part 3. Feel free to ask questions if I’m being confusing or vague!)

You can combine these POVs in a single work. You could tell a frame story, starting out in third person, and then have one of the characters tell most of the novel in first person, concluding again in third person once the story is finished (The Rime of the Ancient Mariner). Or you can switch back and forth between first and third, telling two different stories simultaneously (Tamar: A Novel of Espionage, Passion, and Betrayal).

However, if you do switch between different points of view, your section headings should alert the reader to a change, and you might consider using different tenses for each section, to further separate the two. In both examples given above, the more recent story was written in present tense (I am, he is) and the older story was written in past tense (he was, they went).

If you write the entire novel in first person but from different points of view of different characters, you might have some use past tense and some use present, like in The Poisonwood Bible.

Sound weird to write in present tense? People do it all the time when telling their own stories:

Just remember, CONSISTENCY IS KEY. Tone, objectivity, and viewpoint need to remain consistent per scene. Unless you are extremely gifted and are writing spectacular omniscient narration, no head-hopping!

While working at the office, I love Ambient Mixer. These are some of the playlists I created (I’ll add a link in my bio), but I highly recommend the site for ambient moods because you can adjust the mixer to be sensory-friendly and save your versions of mixes. #authorlifemonth #authorlifemonth2020 #ambientmixer #backgroundmusic
Background noise for #authorlifemonth ( 🔊 in stories!) I love soundtracks. These scores have been my main go-tos for this WIP, but I also have a playlist I listen to at the beginning of each writing session with lyrics, to get me jump started on the emotion of the characters. I linked that in my story! Often though, let’s be real—I put in my headphones and forget to play music or don’t turn it on because the coffee shop music is too loud and I can’t handle the discordance. 🤷🏻‍♀️ #authorlifemonth2020
#teaserTuesday from PHASES (my WIP) . No ally lasts forever-- not even family. . Octavian will keep a keen eye on your brothers. . But you, daughter, Octavian underestimates. . Let him. . #authorlifemonth #authorlifemonth2020
Tag yourself: cat tub edition! 🐈 🛀 I’m lower left, the Fblllaahhghhrg! pose. #fostercat
Research for #authorlifemonth: this book printed in 1876! So many books for this historical WIP. More books. More books. JSTOR for days. Dissertations. Emails to PhDs. Documentaries. Museum visits. Immersive gaming. An Enneagram 5 does not simply walk into research. 🤓 #authorlifemonth2020
Prized book possession for #authorlifemonth This book was in my BFF’s mom’s classroom, and then she retired it and gave it to me. From 4th to 8th grade, she invested time and after school snacks in me, encouraging me as an OM coach and DI coach and neighborhood mom. I wouldn’t be a writer if not for her. #authorlifemonth2020 #tuckeverlasting
Treat Yourself Part 2: #valentomes What book would you buy yourself (or a BFF) with a Valentine gift card? 💌 📚 I’ve been DNFing half of the books I’m picking up lately, so I’d love some recommendations and to hear your favorites. Let’s all treat ourselves to books this weekend. #authorlifemonth #valentome #authorlifemonth2020 #bookrecommendations
Treat yourself for #authorlifemonth My favorite treat lately is a lavender black tea latte with lychee jellies from @senchateabar. 😍 Last year I discovered lavender London fogs. This year I’m going to try to make a Lavender London Fog cake for my birthday. Not sure if it will work, but I’m going to try! #authorlifemonth2020
Writer friends! Most of my writer friends I only get to see virtually because we met online (😘 Hi friend!) So I’m thankful for MFAC residencies twice a year, when I get to ACTUALLY SOCIALIZE WITH OTHER WRITERS IN PERSON and also actually get photos with them 😍 #authorlifemonth #authorlifemonth2020