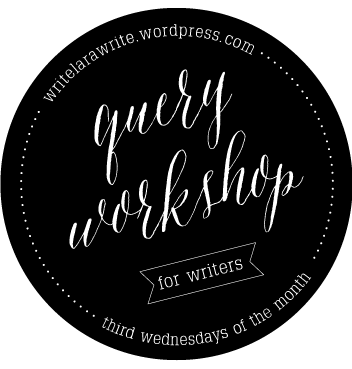 Below is the second public query critique I’m offering up on the blog. This will happen once a month (as long as I get a response). I choose one query at random per month. If your query is not selected one month, it will be in the drawing for the next month. Please do not resubmit unless you’ve made significant edits. To enter, see the rules here. If you want a guaranteed critique (plus line edit) of your query or synopsis, private ones cost $35 each.

Sending to me might be practice, but any initial email to someone in this business needs to be addressed “Dear Mr./Ms. [Last Name],” and if you are not sure on whether to use Mr. or Ms., look at their website and see which pronoun is used there. Some people say it’s okay to use Dear [First name Last name] if you aren’t sure of gender. I say do your research.

Melissa Stratten puked on a senior basketball player while hooking up, and nobody will stop whispering about it.  Even worse[,] her mom’s ex-boyfriend stole her college money.  Now she has to find a way to pay for college or else she’ll never get out of Valley Pines.

There’s an extra space after your first sentence. Yes, I notice these things. No, you won’t get in trouble for it. But I see a couple of other double spaces, too. Find and replace. Agents skim hundreds of queries each day. You don’t want to include any annoyances if you can help it. Using “even worse” is another one of those annoyances I just saw an agent tweet about today, actually. (Update: I can’t seem to find that tweet ANYWHERE, even using the search function. Keep it if you want, but use a comma if you do!)

That aside, how old is Melissa? Is she a junior? If she’s a senior, then why mention that her hook-up was a senior?

So these things happened to Melissa. What I want to know is how she feels about it. Is she angry? Secretly upset but trying to play cool?

When her best friend Jack, the school drug dealer, suggests they create an app based on school scandals, an ostracized Melissa is all for exacting revenge on her classmates. Chaos, anonymously unveils the hottest dirt to everyone at school, gives Melissa a way to make some cash, and shows off her design skills to colleges.

“Epic” is one of the most overused words in the English language. I’d like to see voice in a YA query, but done seamlessly, not tacked to the end. How does this make Melissa cash? Is the information unveiled only to paid subscribers? Or do people have to pay to submit the dirt?

Commas don’t follow titles. It’s not clear on first glance that “Chaos” is the title. Be clear. Also, the app isn’t anonymously doing anything, it’s the users that are anonymously posting. Try something like “Students are eager to purchase the app, Chaos, which lets users upload dirt on their classmates anonymously.” It’s not great, but at least it’s clear.

Then Melissa finds out Jack wants to use Chaos to release a sex tape of a student and a teacher, a teacher who knows about his dealing. If Melissa doesn’t go along with Jack, she can spare a girl’s reputation–like she wishes someone spared hers.

So the teacher knows about Jack’s dealing? Is the teacher also threatening to get Jack expelled? Why doesn’t Jack just blackmail the teacher? This makes no sense to me.

The more Melissa pushes Jack to kill Chaos, the more paranoid and threatening he becomes, pinning the entire app, and the video[,] on her. Melissa has to stop Jack before she ends up expelled, in jail, and kissing her college dreams goodbye.

Why is Jack getting paranoid? Why won’t he just kill it? If he has already pinned it on her, how can she stop him? And why would she be put in jail?

BOOK TITLE, no comma after the title is a 60,000 word YA contemporary novel.  It will appeal to fans of ABC’s Revenge and The Social Network.   Thank you for your consideration.

Most agents are fine with TV or movie comp titles, but some might consider it bad taste to compare books only to television shows. It has subtext that says “My book will get even people who watch TV to read.” Consider adding a book as a comparative title too.

While the premise is interesting, it’s a Veronica Mars episode. If you want to compete with a cult classic, you’ll have to show me what makes this story different, and show me that Melissa is a Veronica Mars for the next generation, interesting enough for me to pick up a book instead of watching reruns.

Sent from my iPhone

I have too many questions and this had enough minor annoyances to add up to one major annoyance—that this doesn’t seem professional. As soon as I opened this email, this is what I saw:

It tells me that I’m at least the fourth person to read this query. The signature was “Sent from my iPhone.”

Be professional, be clear. Make the agent want to read your book, and make him or her want to work with you.