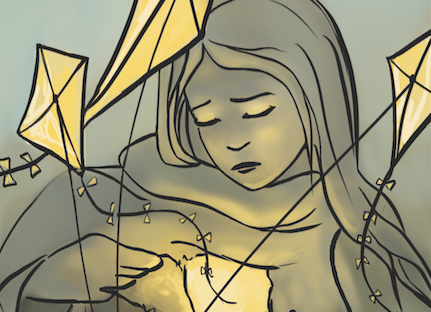 I love April. It’s my birthday month and (as far as we can tell) Shakespeare’s birthday, too. It’s also National Poetry Month! 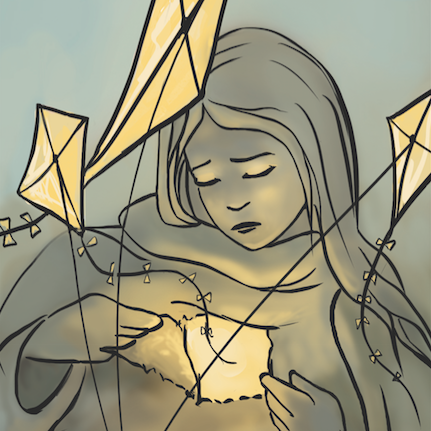 I’ve actually had more poems published than fiction, believe it or not, but I haven’t written much poetry since undergrad. Scratch that—I don’t think I’ve written any poetry since undergrad; I’ve been focusing on fiction and comics. I wrote this in 2008, when my now-husband was training at Quantico. Or was it 2009, when he was stationed in North Carolina? (Sheesh, it’s been a long time. This is definitely a throwback!)

“Missing” was originally published in Inkstone and later in The Cedarville Review. This year, Magali Mebsout illustrated it, and I’m excited to share both works with you here. 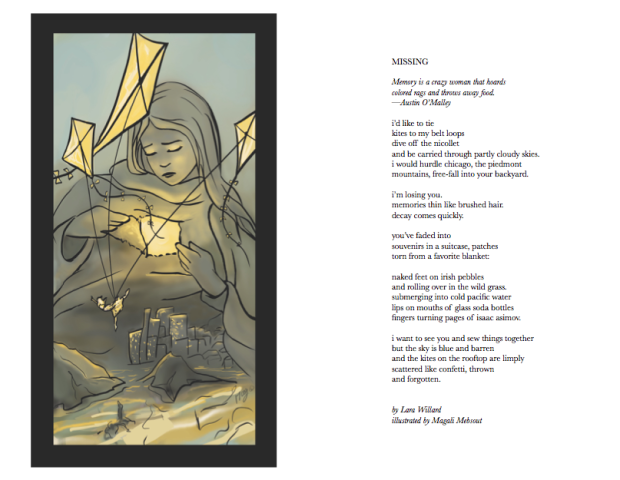 Memory is a crazy woman that hoards
colored rags and throws away food.
—Austin O’Malley

i’d like to tie
kites to my belt loops
dive off the nicollet
and be carried through partly cloudy skies.
i would hurdle chicago, the piedmont
mountains, free-fall into your backyard.

you’ve faded into
souvenirs in a suitcase, patches
torn from a favorite blanket:

naked feet on irish pebbles
and rolling over in the wild grass.
submerging into cold pacific water
lips on mouths of glass soda bottles
fingers turning pages of isaac asimov.

i want to see you and sew things together
but the sky is blue and barren
and the kites on the rooftop are limply
scattered like confetti, thrown
and forgotten. 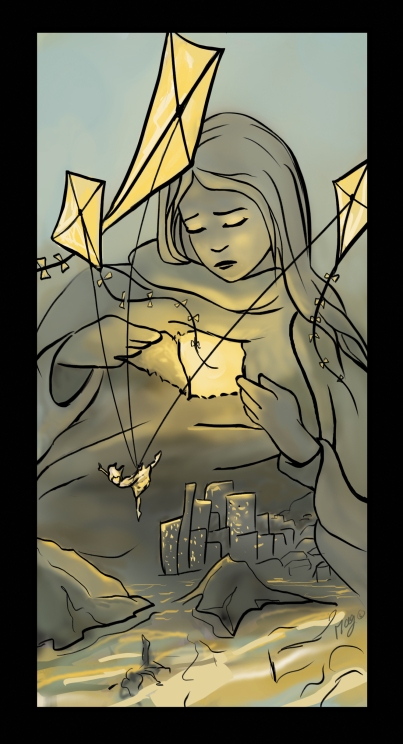