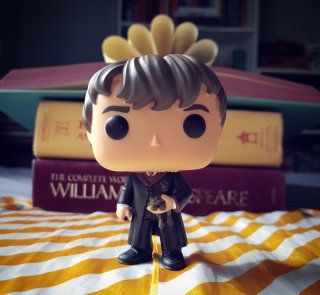 Do you remember when Bustle offered “The ONE Question That Will Determine Which Hogwarts House You Belong In”? This one:

If you could take on huge risk right now, and undo it if it didn’t end up with the result you wanted, what would it be?

It was a horrible question, completely non-canon. Artists kept getting sorted as Slytherin, because our answer involved taking risks for the sake of art, A.K.A. “our career.”

Should we really trust a sorting hat method created by a Slytherpuff anyway? (I’m totally kidding. I’m married to one.)

The Sorting Hat Is All You Need

If Hermione were in charge of sorting students, she’d go to the primary source: The Sorting Hat. Not even Pottermore, which is what caused existential crises in all of us when THAT first came out.

Example: I’m a Gryffindor. If you’d have asked in 2012 which Hogwarts I would be in, I would’ve said Ravenclaw. They’re brilliant, and they live in a tower. (Those conditions were the only aspects I considered. Clearly I’m not as brilliant as I think.)

Then Pottermore sorted me into Gryffindor, triggering an existential crisis.

Now I totally get it. I’m like a hybrid Minerva/Molly/Hermione.

You can view everything the Sorting Hat sings on the subject of houses here, but read on for the defining characteristics of each. 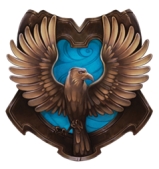 Images belong to Pottermore. Become a member to take their sorting quiz.

Ravenclaws are CLEVER. They might be wise, or they might be “smart” (as in, “Don’t be smart with me!”). They are more concerned with self-betterment than measurable success; they are motivated by improvement, not competition with others. They need to be informed … and to inform others.

The Ravenclaws who kept hiding Luna’s things can show the dark side of Ravenclaw: removing whatever makes oneself look less than best.

Gryffindors have NERVE. Bravery—maybe. Willingness to talk back to teachers, sure. Standing up to bullies / defending others? Definitely. They aren’t afraid to break the rules for the greater good.

Taking risks isn’t necessarily a defining factor of Gryffindor! You can be a scaredy wormtail and still end up in Gryffindor. You might avoid risks if the stakes are personal (like failure or rejection) but be braver if someone else is at risk. Neville showed a ton of courage in The Deathly Hallows, but do you think he tried out for the Quidditch team? I’m thinking No.

Slytherins have AMBITION. They are the most valuable allies and the most formidable foes because they will fight/sacrifice to achieve their goals. Slytherins get things done.

You don’t have to be a liar or a cheat to be in Slytherin, but if you are, then at least all the other sorting tests based on superficial stereotypes will confirm that you’re in the right house. *shrug*

Why isn’t Harry Potter a Slytherin? He totally could’ve been, except that he was prejudiced against them by the Weasleys, who considered evil, racist Death Eaters as being representative of the Slytherin house. #NotAllSlytherin

Why weren’t Hermione Granger or Minerva McGonagall Ravenclaws? Because they both have a lot of nerve—they’re willing to break rules.

But Hermione wasn’t willing to break the rules when she was first sorted! I think the Sorting Hat is either into divination—it saw how Harry and Ron would rub off on her—or it felt the need to inject some wisdom into Gryffindor to balance out the Weasley brothers.

Why isn’t Neville Longbottom a Hufflepuff? Neville is very loyal, but more than that, he’s willing to lose house points (and their good sides) to stand up to Harry & co. He’s a Gryffindor.

Why wasn’t Snape a Gryffindor? He was brave and sacrificial, but ultimately his actions were motivated by obtaining his goals: becoming Dark Arts professor or (spoiler: [acting out his love for Lily]).

Why wasn’t Luna a Gryffindor or a Hufflepuff? Simply put, she’s the cleverest of all Harry’s friends. You might say she’s a rule-breaker, but she can’t really break rules if she marches to the beat of her own drum.

Do you have any more examples you’d like to add? Based on the defining characteristics above, which house would you be sorted into?

4 thoughts on “Which Hogwarts House Do You Belong In?”