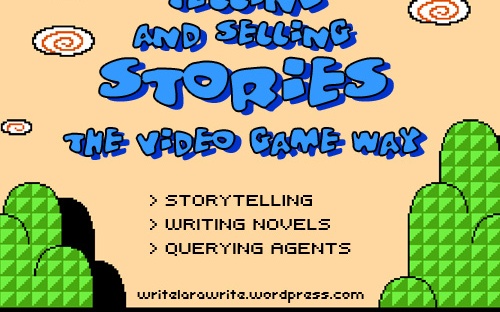 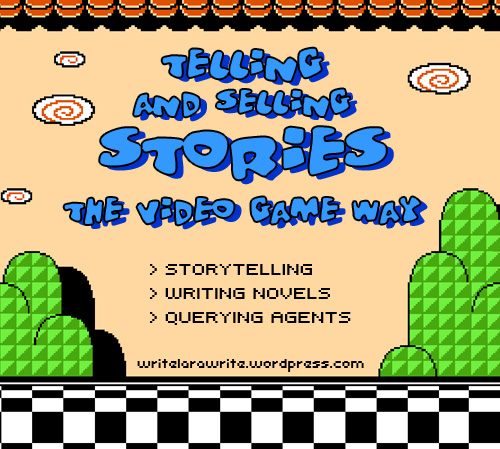 If you follow me on Twitter, then you’ll get daily doses of writing and editing tips with an occasional sprinkling of bad jokes and fangirl gushing over Clark Gregg or Nathan Fillion (unless you follow me @LaraEdits, which is my new account for editing tips). You may have seen this tweet:

That is dramatic storytelling at it’s very simplest. You can remember it in terms of 2, 3, or 4, depending on whichever is easiest for you:

Characters have to want something, otherwise they just sit around eating Fritos in their boxer briefs in their parents’ basement. That isn’t a story.

But characters can’t just want something and get it right away. They need to be empathetic. Humans hate people that get whatever they want without effort. We don’t empathize over ease. We empathize over struggle.

Struggle is conflict. Conflict is whatever gets in the way of your character and his or her goals. Conflict is friction. It’s obstacles, whether in the form of villains, bullies, lack of resources, forces of nature, an unrequited love. You get the idea.

And the character’s goal or motivation needs to be set up at the beginning, specifically during the during the opening.

Now what does all of this have to do with video games?

When I was considering Character and Goal plus the Obstacles that come between them (C+O+G), I pictured it as a level of Super Mario Bros. 3.

You start the game on level 1, world 1, as mini Mario, with no context, immediately in the action. Little Mario’s first goal is survival, which you’ll figure out as soon as you accidentally run into a Goomba (the brown mushroom guys with legs and angry eyebrows) or a Koopa Troopa (the turtle dudes) and end up falling to your death.

Already you have a story. A sympathetic character (hopefully, otherwise you wouldn’t be playing), plus a goal, plus obstacles. Mario, buddy, survive! Stay away from the Goombas, the Koopa Troopas! Dodge the fire-spitting Piranha Plants! Jump over the chasms of doom!

If you survive to the end of the level, you jump at the card at the end, and if you time it just right, you’ll. get. a. star.

The first few levels are much of the same. But if you look at the world map, you know you’re headed to that castle at the end. That’s the ultimate goal, even if you don’t quite know what to expect there.

The one problem with video games is that not all of them give you the stakes. You have to read the little booklet that comes with the game, and that might give you the game’s big picture. More recent games have cut scenes to further the plot and introduce stakes. (Or so it would seem from my husband’s sampling of first-person shooter games. I’m still stuck in the 80s unless I’m playing a melee, racing, or LEGO game.)

Another thing I like about Super Mario Bros. 3 in this storytelling context is how well it relates to a novel. There’s a C+O+G for the entire game (save the Princess from Bowser), for each world (defeat each of Bowser’s children—the Koopalings—first), and for each level (survive to the end of the level, receive cards which you can cash in for extra lives).

Note: SMB3 is also a multi-player game. You can alternate between different POVs of Mario or Luigi. They both have the same end goal, though. If you’re writing a multi-POV novel, make sure each character has their own goal for each scene (with obstacles) and a goal for the entire novel (with obstacles). See different POVs deconstructed in my post about The Dark Knight.

If you’ve played game world 1 (if not, you could watch a player breeze through the whole game on YouTube), you’ll know that halfway between the first level and the castle at the end, there’s a castle in the middle. If the BOSS level, the castle at the end, is the climax, then the middle castle is the midpoint. If you’re familiar with my 8 C’s of Plotting, the middle castle would be the Confrontation, and the last castle would be the Culmination.

If you’re seeking representation for your novel, be sure to include the four elements of dramatic storytelling in your query letter! Save the image at the top of this post and refer to it when writing your synopsis paragraphs.

To finish up, let’s look at a couple examples from popular culture. Instead of looking at the goals and obstacles for every scene, though, we’ll just mention the character’s immediate goals and the ultimate goal for the story arc. (Check out my worksheet and post on immediate and ultimate goals here)

Obstacles: She’s not very likable, she doesn’t know whom to trust, she has to choose between survival and rebellion

Some immediate goals in Catching Fire: Protect her family and friends in District 12, make sure Peeta survives the Quell

Obstacles: The Capitol becomes more oppressive, the Capitol is bent on killing her in the Quell

Ultimate goal for the trilogy: Somehow retaining her humanity through death, oppression, and war

Some immediate goals in the Harry Potter novels: Make friends, do well in school, be a master wizard, fit in, save the world from Voldemort.

Obstacles: He’s a bit famous, people love/hate him, he’s always getting into trouble, Dumbledore never tells him what’s going on, he doesn’t know who to trust. He’s often in danger of being killed, or worse, expelled.

Immediate goals in The Deathly Hallows (Book 7): Find and destroy remaining horcruxes, defeat Voldemort once and for all.

Obstacles: They have to figure out what the horcruxes are, people die (lots of people), the last horcrux is…well, if you know the story, you know.

Ultimate goal for the series: Find his own place, feel at home, be a part of a family

How to Train Your Dragon

Some immediate goals: Be a viking warrior, kill a dragon, fit in with other vikings, make Dad proud

Obstacles: He’s awkward and clumsy, he can’t kill a dragon, he BEFRIENDS a dragon

Ultimate goal for the trilogy: End war between dragons and vikings, be accepted for being himself

10 thoughts on “Telling and Selling Stories the Video Game Way”